A new study has found that a single session of nitrous oxide (“laughing gas”) is effective at quickly relieving symptoms of severe, treatment-resistant depression.

The study appeared on June 9 in the journal Science Translational Medicine.

The 25% mix had fewer adverse side effects than a 50% mix, and the the effects also lasted much longer than previously suspected. Most participants still experienced improvements two weeks after the one-hour session was over.

A new non-traditional treatment for depression

These results bolster the evidence that non-traditional treatments (such as psilocybin) may be a viable option for patients whose depression is not responsive to typical antidepressant medications. It may also provide a rapidly effective treatment option for patients in crisis.

In a prior study, the investigators tested the effects of a one-hour inhalation session with 50% nitrous oxide gas, finding that it led to rapid improvements in patient’s depressive symptoms that lasted for at least 24 hours when compared to placebo. Yet several patients experienced negative side effects, including nausea, vomiting and headaches.

The researchers wondered whether by lowering the dose, they could find the “Goldilocks spot” that would maximize clinical benefit and minimize negative side effects.

They found that even with only half the concentration of nitrous oxide, the treatment was nearly as effective as 50% nitrous oxide, but this time with just one quarter of the negative side effects.

Furthermore, the investigators looked at patients’ clinical depression scores after treatment over a longer time course; while the last study only evaluated depression symptoms up to 24 hours after treatment, this new study conducted additional evaluations over two weeks.

To their surprise, after just a single administration, some patients’ improvements in their depression symptoms lasted for the entire evaluation period.

“The reduction in side effects was unexpected and quite drastic, but even more excitingly, the effects after a single administration lasted for a whole two weeks,” said co-author Peter Nagele of the University of Chicago. “This has never been shown before. It’s a very cool finding.”

Standard antidepressant drugs affect norepinephrine and serotonin receptors in the brain, yet they often take weeks to improve a person’s symptoms.

Nitrous oxide, however, interacts with different receptors on brain cells — NMDA glutamate receptors — and tends to improve symptoms within hours when effective.

The differences between a 25% mix and a 50% mix mainly involved how long the antidepressant effects lasted. Whereas the 50% dosage had greater antidepressant effects two weeks after treatment, participants in the the 25% dose group had fewer adverse events, the most common of which was feeling nauseated. In the lower-dose group, none of the participants experienced nausea.

Over the course of the entire study, having received both dose levels of nitrous oxide and the placebo treatment, about 85% of the study participants experienced a significant enough improvement that their clinical classification moved down at least one category — for example, from severe to moderate depression.

About 40% were considered to be in remission, meaning they no longer were clinically depressed.

Hope for patients who don’t respond to SSRIs

These results indicate promise for nitrous oxide as a rapid and effective treatment for those suffering from severe depression that fails to respond to other treatments, such as SSRIs, a common type of antidepressant medication.

“A significant percentage — we think around 15% — of people who suffer from depression don’t respond to standard antidepressant treatment,” said co-author Charles Conway of Washington University. Such “treatment-resistant” depression patients often suffer for years or even decades from life-debilitating depression.

In fact, the patients in this study had failed to find relief in an average of 4.5 antidepressant trials.

“We don’t really know why standard treatments don’t work for them, though we suspect that they may have different brain network disruptions than non-resistant depressed patients. Identifying novel treatments, such as nitrous oxide, that target alternative pathways is critical to treating these individuals,” Conway said.

While it remains challenging to get non-traditional treatments for depression accepted in the mainstream, researchers hope that these results, and other similar studies, will open the minds of reluctant physicians toward the unique properties of these drugs.

“These have just been pilot studies,” said Nagele. “But we need acceptance by the larger medical community for this to become a treatment that’s actually available to patients in the real world.”

Most psychiatrists, he added, are not familiar with nitrous oxide or how to administer it. So that community would need to learn how to deliver this treatment safely and effectively.

With broader public acceptance, Nagele hopes that these results can open doors for those patients who are struggling to find adequate therapies for their depression.

Extra: 10 things you need to know about laughing gas

Below are 10 things you need to know about laughing gas, also known as nitrous oxide or N2O.

1. In All Seriousness: What Is Laughing Gas?

Laughing gas, is a gas that has been used in dental procedures for more than 150 years. It stimulates the release of endorphins in your body and can help relieve discomfort that patients feel during dental treatments.

2. How does nitrous oxide work?

Laughing gas activates several different helpful physiological responses. For example, it has an anti-anxiety and pain-relieving effect. It is a safe and effective intervention, and the risks are mild in comparison to a typical anesthetic.

It also causes a release of the neurotransmitter dopamine which leads to a euphoric effect. The feeling of happiness is what may make it more likely for some people to laugh when on it. The drug also has a pain relief effect because it causes the body’s endogenous opioids or natural pain killers to activate natural medication such as morphine and hydrocinin.

It mixed with oxygen and inhaled as a gas, usually from a mask.

3. Effects of nitrous oxide: what does laughing gas do?

It is often used to relieve pain in dentistry and labor/childbirth because it produces euphoria without heavy sedation.

Laughing gas is mixed with oxygen and inhaled by the patient through a mouth mask. Laughing gas is usually administered by a dentist, often for children who fear needles. It affects the brain by causing hallucinations or feelings of happiness.

3. What else is nitrous oxide used for?

4. Laughing gas has been around for hundreds of years

Laughing gas was first discovered in 1799 by the British chemist Humphry Davy.

He was experimenting with laughing gas and noticed that it made him feel very happy, kind of like he could see things that weren’t really there.

Davy called nitrous oxide “laughing gas” because those were some of the feelings he felt when using it on himself.

The first known medical use of laughing gas was in 1844, by an American dentist named Horace Wells. He used it to reduce pain during a patient’s tooth extraction.

The use of nitrous oxide makes most people feel happy and relaxed, but it also can cause some people to have difficulty breathing.

It causes short term hallucinogenic effects such as feeling happy or seeing things that are not really there; makes you feel like time has slowed down.

Most people using nitrous oxide report feeling a sense of euphoria and happiness when inhaling it through a mask. These effects can last up to an hour.

Some people also experience hallucinations, or see things that are not there! This is why laughing gas is sometimes taken as part of psychotherapy for some patients suffering from anxiety disorders.

It’s important to note though that this should only be done under expert supervision since it could cause the person to feel more anxious than before treatment started if hallucinating anything scary such as spiders.

Using nitrous oxide has no known long term effects to medical health, nor does it have any known risks of nerve damage. This also applies to children.

You should never mix laughing gas with alcohol or other drugs.

8. When do dentists use laughing gas?

Nitrous oxide may be used before a procedure such as cleaning teeth or even during more complicated dental procedures like crowns, root canal therapy or extractions. General anesthesia, on the other hand, can lead to complications like breathing problems, heart attack, stroke etc.

And nitrous oxide doesn’t require that the dentist or physician be certified, unlike an anesthesiologist who needs to complete a residency and pass all board certifications.

9. What are some possible negative effects of laughing gas

If too much is breathed in at once, can lead to some side effects such as dizziness, fatigue, or headaches.

In high does, it can lead to a drop in blood pressure. But this is rarely the case when administered by a dentist in a typical medical or dental procedure. In some procedures, patients inhaling the gas may feel a bit faint.

And in very rare cases, it may have adverse effects on patients with an existing vitamin B12 deficiency.

10. The benefits of laughing gas vs. a traditional anesthetic

Local anesthesia is an option for getting dental work done but not every patient wants all the risks associated with anesthetic, especially children. Always talk to your dentist about which dental procedures are suited to this approach.

The use of laughing gas has been approved by the Food and Drug Administration for over 40 years in dentistry to provide safe treatment during a dental procedure, while also reducing discomfort and anxiety patients might feel from having dental work done.

Throughout the procedure, most people feel the effects in a consistent way, without the need for sedation or other risky aspects related to a typical anesthetic system. 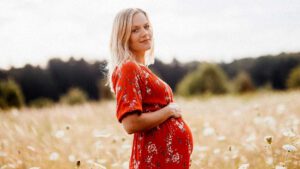 Antidepressants and pregnancy? This new study says they’re safe, with a few caveats. 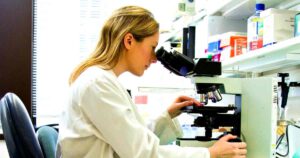 This super fast Covid test gets results in less than one second, a new study says